Vilhelmina Model Forest, Sweden. Use of the boreal landscape in Northern Sweden is shared between several land users. Forestry, reindeer husbandry, tourism and environmental protection are all practiced largely on the same areas. Many non-renewable uses such as mining are also prominent. Conflicts can arise when property and land use interests overlap. For example, reindeer husbandry is largely practiced by the indigenous Sami people of northern Sweden who are guaranteed access to land for reindeer grazing. In many instances, the forest companies or private households are the main owners of the forested areas where reindeer husbandry takes place. 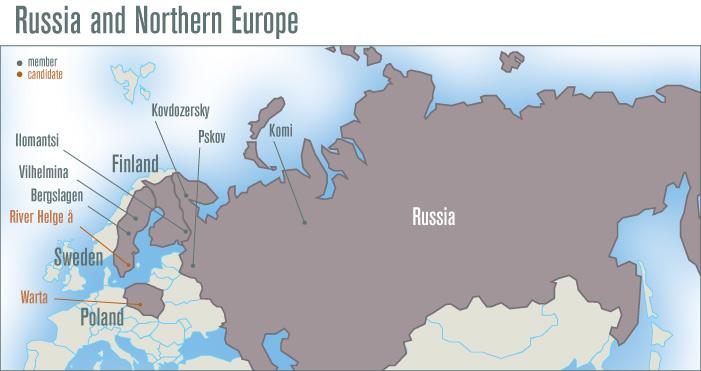 Building relationships between diverse stakeholders is an important element in reducing potential land and resource use conflicts. Recently, researchers from Sweden and Canada undertook a social network analysis of stakeholder interaction and relationships amongst selected renewable resource uses both within and adjacent to a Model Forest. Their research outlines the impact and benefits of a Model Forest approach where stakeholders have been engaged in a voluntary social network.

While the quality of the many interactions between and among sectors was largely described as neutral or positive in both municipalities, the researchers discovered that membership in the Model Forest could provide Vilhelmina a larger network.

Their study found that “the Vilhelmina Model Forest plays a specific role in that it aims to provide a forum for discussion and local engagement on forest use, and in that to interact with and support cooperation among various forest users. The Model Forest thus interacts with several sectors: forestry, authorities, nature conservation, and others.” 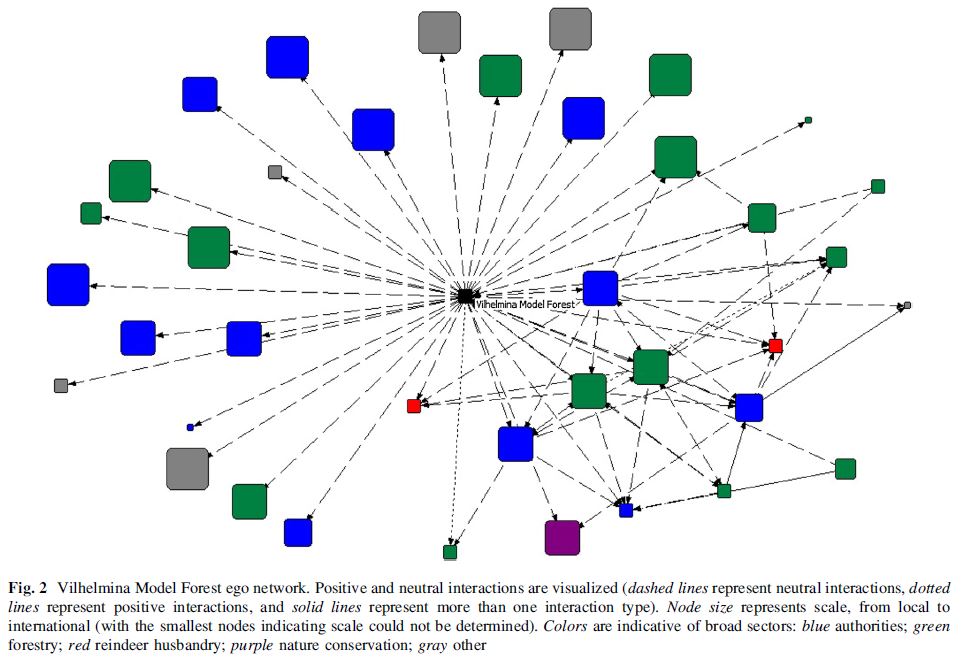 One interviewee in Vilhelmina reportedly interacted with 38 regional, national and international sector representatives. Analysis demonstrated that removing the Model Forest would result in disconnecting 21 of those contacts – including other Model Forests and forestry authorities outside Sweden. 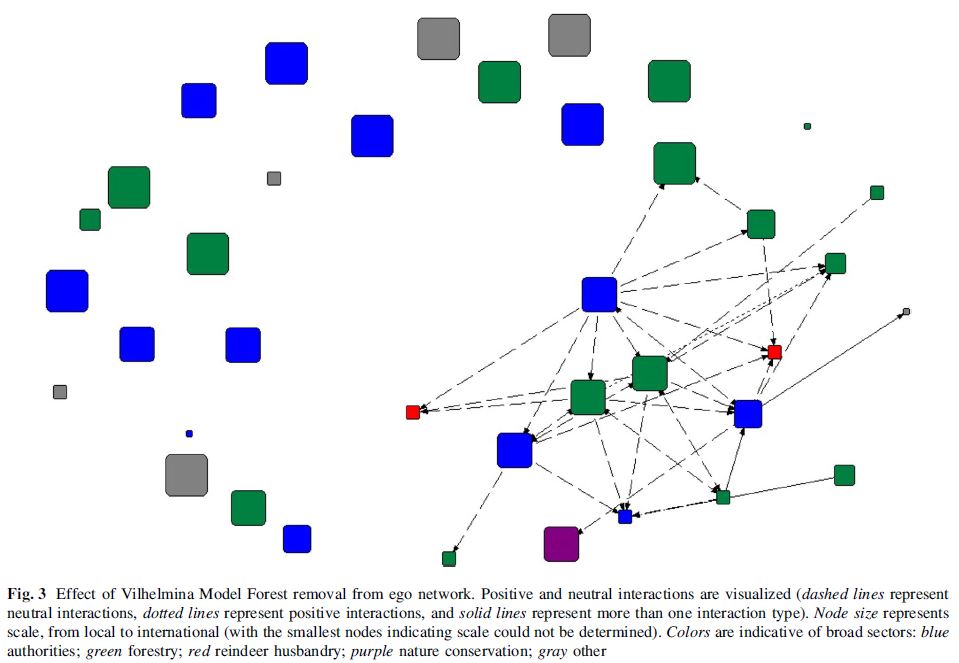 The analysis indicates that cross-level and cross-sector interactions are extended through the Model Forest approach. More specifically, the Vilhelmina Model Forest “aims to provide a forum for discussion and local engagement on forest use, and in that, to interact with and support cooperation among various forest users.”

Like all Model Forests, the Vilhelmina Model Forest serves to bridge local and small-scale land users with national and international stakeholders. Providing a bridge can facilitate collective action among local users and may be important in the success of natural resource management.For more information: